Buffalo West by Herbert L Hilliard and published by amazon.com is a romance novel of two army scouts and the two women whom they meet accidentally and take as mates.

The background of the book is a period of American history in the old west some years after the Civil War.
Moreover, the outcome is unexpected and is sure to stimulate the reader’s imagination. The reader should have their boots on, and their belts tighten before beginning the first paragraph of this book as its contents are both sexually spicy and sensuously suggestive material.

Rape, abandonment, betrayal, hope, courage, and finally, love are all key ingredients that make up the setting and circumstances of the characters involved in this western romance story.

Note: The contents of this book are very explicit. This is an adult romance novel NOT FOR CHILDREN

Read For Free Before You Buy @ Amazon
Buy @ BARNES&NOBLE 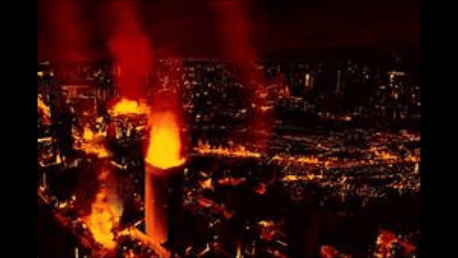 The untenable imagination of someone’s mind has the power to transform a person’s life. Whether that mental metamorphosis is a good thing, or a dreadful thing is open to question.

Appealing to the invisible is a definite skyrocket of hope and faith. Anticipation and fidelity are irrational and unjustifiable, given the overwhelming evidence against such an ideological persuasion.

A culture will promote irrational concepts to survive and prosper. Religion is one of the tools that a society uses to domesticate its people. Someone ate a particular mushroom causing them to have phenomenal visions. This person transmitted what they saw and heard to others, and thus the make-believe is born.

In the wake of death following the next breath, it is understandable to look beyond the finite, even into an un-grounded hope. The grown-up has matured past believing in the fictitious. The grown-up has moved beyond giving praise to the nonexistent. The hope of the adult is in themselves and others, even if that is to be left alone.

The untenable imagination has tricked all of us, giving us a wrongly perceived reality of ourselves and the cosmos. The phantom of the sky is only the self-delusion of a willing mind who wants to realize it as an actual being. Not to criticize the nonsensical, as we all have our fair share of lunacy.

Someone is mystified by something long ago and began to worship a self-induced fiction. This fiction became a practice and a habit. Others wanted to experience this fabrication, so much so that the self-deception that only existed within the mind became a living persona.

The fool trips over his pants and hurts and kills his brother. The laughter and disrespect of him are overwhelming. Overwhelming is because he is showing himself to be a domesticated animal. His face twisted in unwarranted anger, only frightening himself.

The mushroom is spoiled and has lost its appeal, as has religion. The docile must create industries and learning centers. The firstborn must overcome the last born because the children must thrive and build.